our top art tweets of the month

​The Journal also has a Twitter account @artinsociety, where it has over 30,000 followers. Each month, we post here some of our most popular tweets, slightly edited, from a previous month. Here is the latest selection​​.

In this remarkably fresh Autochrome photograph, taken over 100 years ago, early colour photographer Etheldreda Laing depicts her daughters Janet and Iris at their Oxford home in 1910. She developed the photo herself in her purpose-built darkroom inside the house 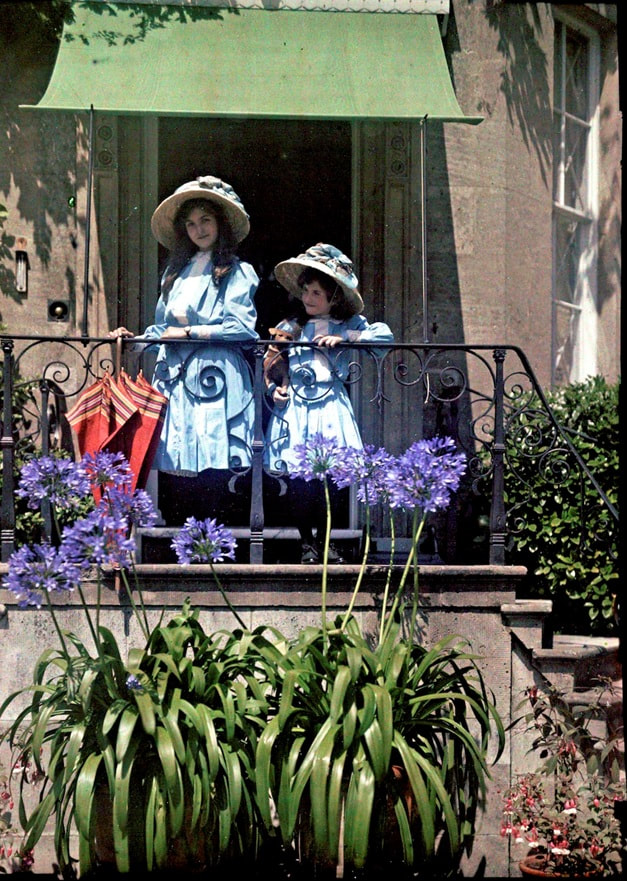 Always look up in a Cathedral 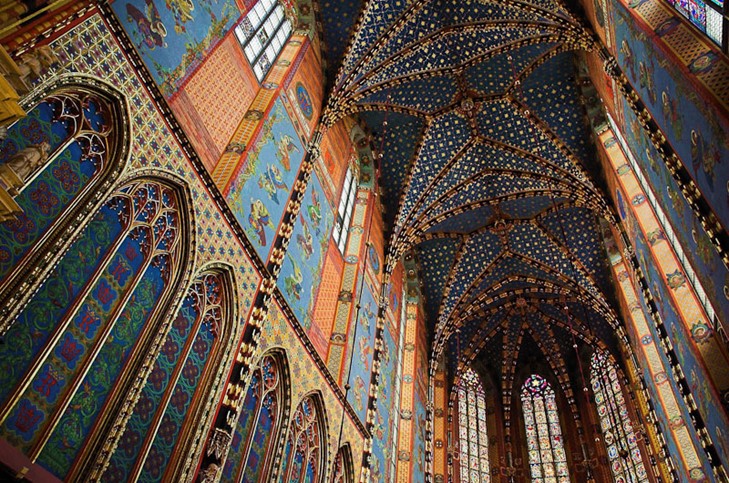 The power of observation

Half a millennium before we'd even heard of photography, Jan van Eyck produced this (Detail from Man with Carnation, 1436) 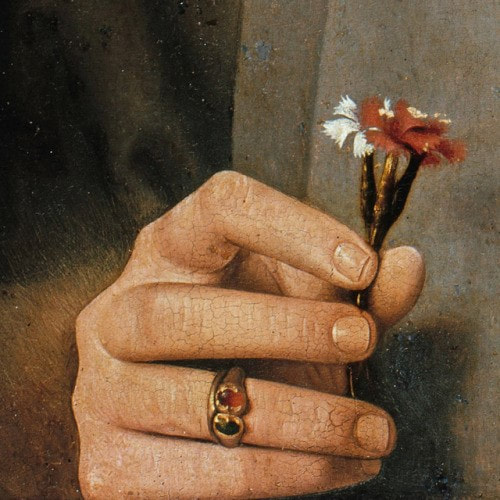 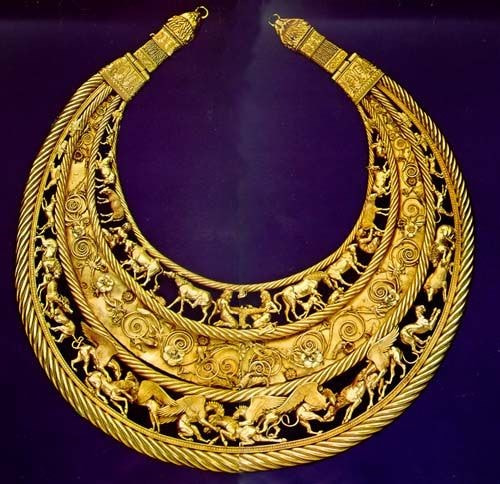 Sailing into immortality
​
George Hodge spent 43 years as a sailor, starting in 1790 at age 13, and kept this 500-page illustrated diary about life in the “difrint ports & ships” he sailed in 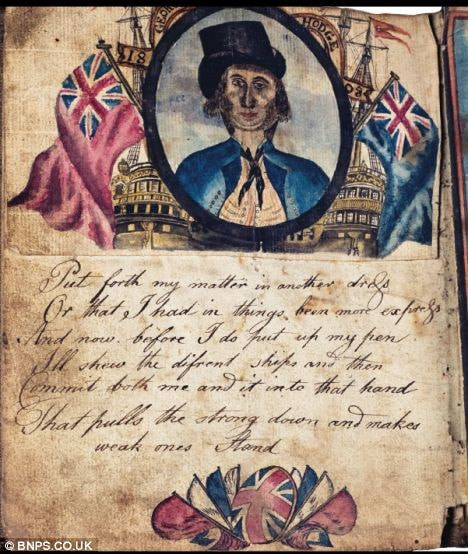 Why potatoes are good for you
​
​In 1868, two boys, Jim Quin and Paddy Flanagan, were digging in a potato field in County Limerick when they discovered this -- the Ardagh Chalice. Made in the 8th century, spun silver decorated with gold and enamel, 20 cm (8 in) across (National Museum of Ireland) 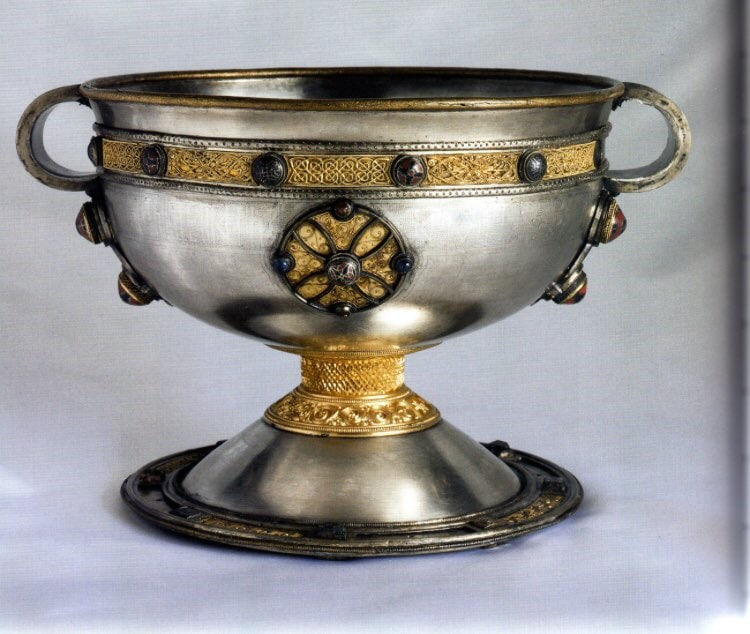 In August 1881, Monet sought to escape from his domestic and financial worries by holidaying alone on the Normandy coast. Here  he captures the effect of the sunset in this view across a gorge to a cliff-top church (The Church at Varengeville) 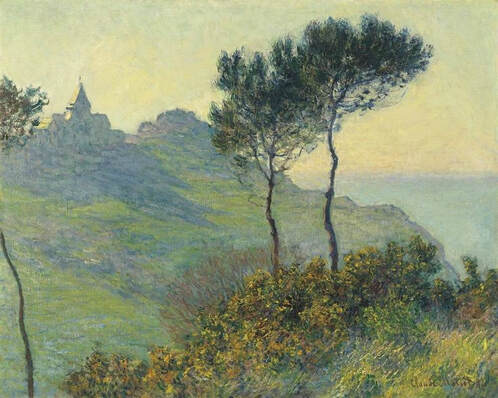 ​A catfish for protection

​If you were a young noble woman in Middle Kingdom Egypt about 4,000 years ago, you might be wearing this gold pendant of a Nile Catfish at the end of your plaited hair, as a talisman against drowning (4 cm) 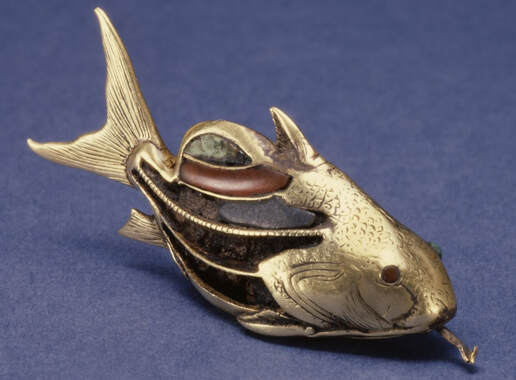 Stars in her eyes

Don’t normally do movie stars here, but this is striking ~ Audrey Hepburn in light blue feathery hat, with colours reflected in her eyes. Photographed in 1962 by Howell Conant
​ 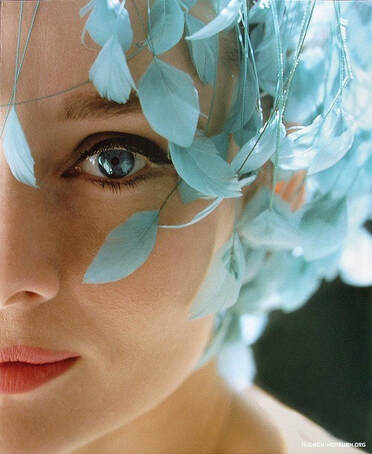 The good old, bad old, days
From our cobweb-festooned archive ~ “Ah, for the good old days, when we weren’t bombarded with advertisements” (Railway Station, 1874, Alfred Concanen) 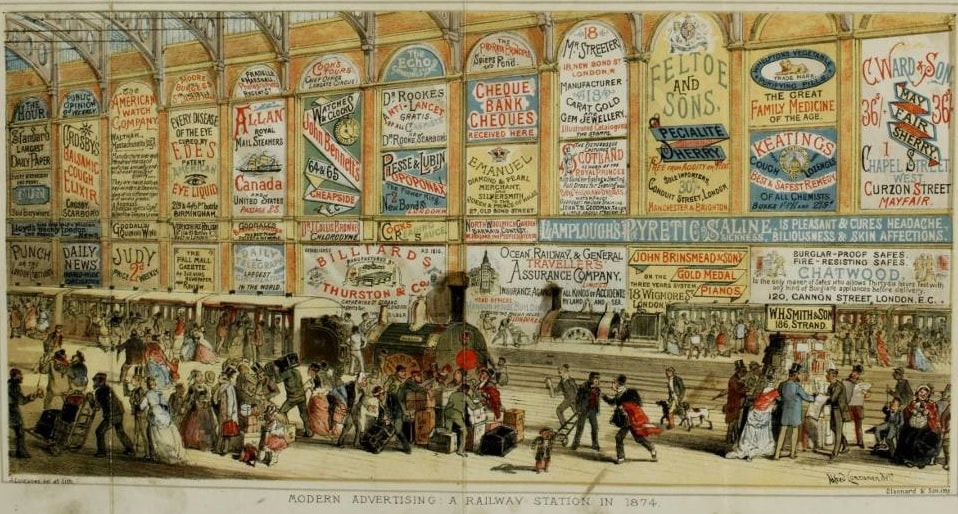 An ancient tenderness
In this unfinished limestone sculpture, a sitting Pharaoh Akhenaten kisses his daughter (sister of Tutankhamun) as she sits on his lap (c 1350 BC, El-Amarna,  Egyptian Museum, Cairo) 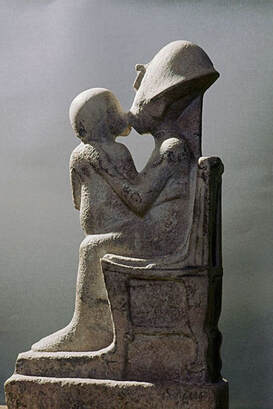 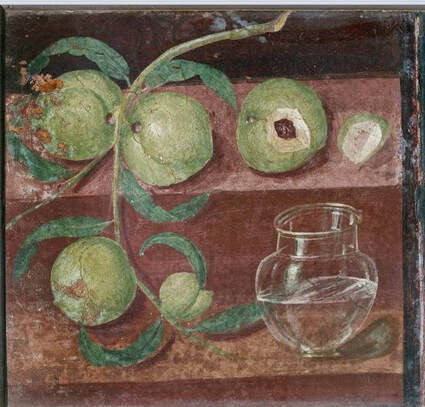 ​A lively ancient coin
​Not often do you see a coin with an octopus on one side,& the other side showing a cow scratching her head with her back foot. Well, here it is, a two-drachma silver coin from Eretria, a city state of ancient Greece / about 500 BC / 2,5 cm (1 inch) across ​

Evolution of Picasso's bull
Stages in Picasso’s depiction of a bull, with progressively increasing degrees of simplicity and abstraction (from ‘Bull’, lithograph, 1945/6) 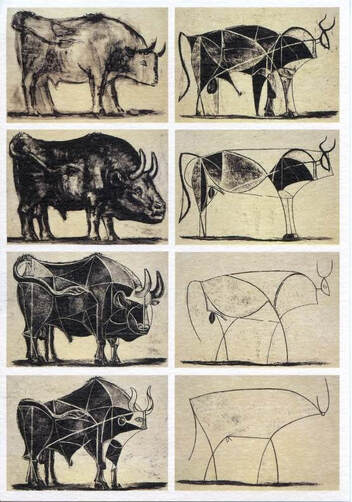 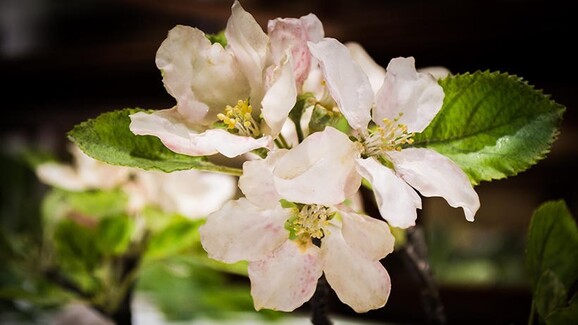 Hard lives at sea
​From the infancy of photography ~ three weather-beaten, begrimed fishermen, as depicted by David Octavius Hill & Robert Adamson, as part of their photographic record of 19the century working people’s lives (1840s). Looks like a hard life (National Galleries of Scotland)

From the ashes
Modest porcelain bowl found in ruins of Hiroshima after the atomic bomb explosion in August 1945 -- sand and stone had become embedded in the glaze, which had melted from the intense heat​. 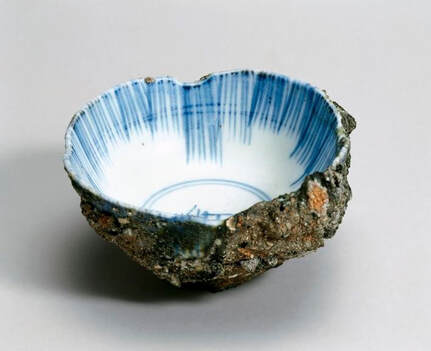 Down and out in London
For a penny, homeless people in Victorian London could get fed & were allowed to sit on an indoors bench overnight in relative warmth. For twopence, as shown here, they were allowed to lean forward on a rope and sleep (but not lie down). For fourpence, they could even get a lie-down “coffin”. 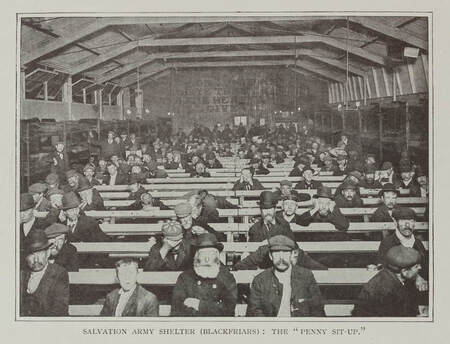 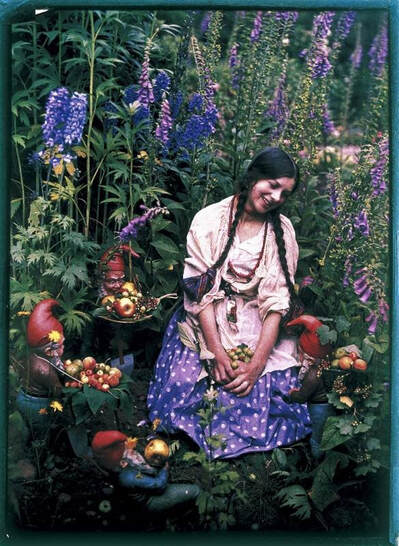 The hidden face of formality​
Compare the intimacy and liveliness of Holbein’s chalk sketch of Lady Mary Guilford with the unsmiling formality of his public portrait of her, posing piously with rosary and Book of Hours (1527)
The first known wheel​
The world’s oldest known wheel, 5,000+ years old, found with axle in boggy soil of Slovenia’s Ljubjana Marshes. Its craftmanship suggests that wheels had been invented much before this. Made of oak & ash, w/ radius of 70cm, probably used on ox cart. Below it, a reconstruction 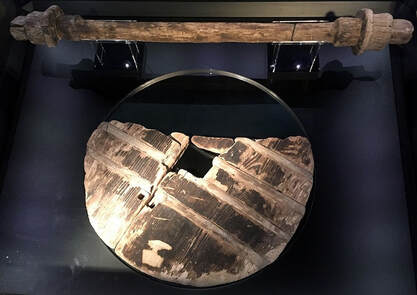 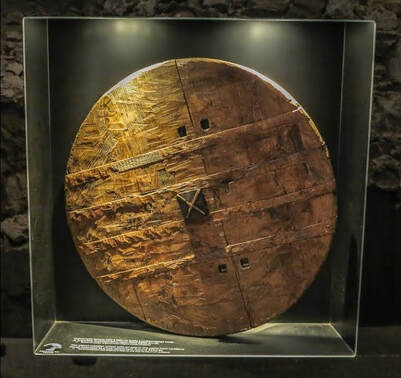 With the world on his shoulders
15C sculptor Adam Kraft’s strikingly naturalistic depiction of himself supporting the intricate gothic tabernacle he created at St Lorenz, Nuremberg (1490s) 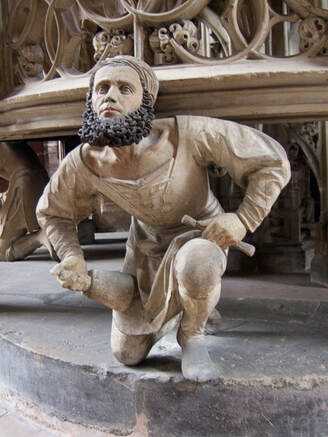 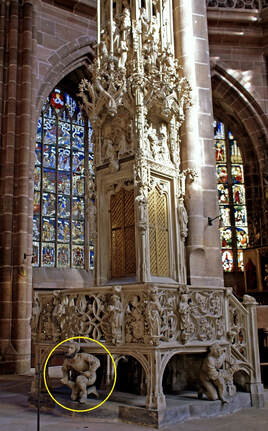 ​An embellishment on evolution
​Charles Darwin’s draft manuscript of ‘On the Origin of Species’ later proved to be an invaluable source of drawing paper for his children, George, Francis and Horace. Here are some of their creative embellishments. 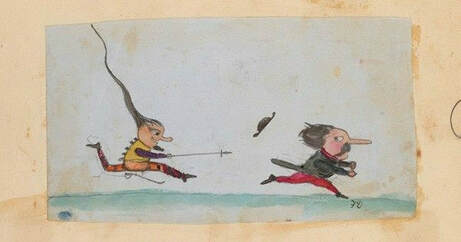 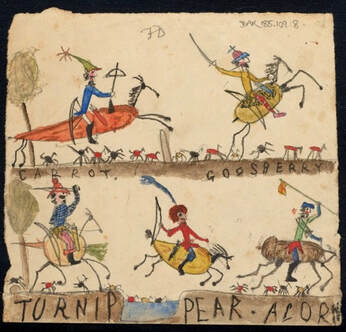 Bleeding hearts
From the upper arches of St John’s Cathedral of 's-Hertogenbosch, Netherlands ~ this decorative carving reflects the medieval belief that when food got scarce, mother pelicans would intentionally pierce their own breasts with their beaks & use the blood to feed their chicks. 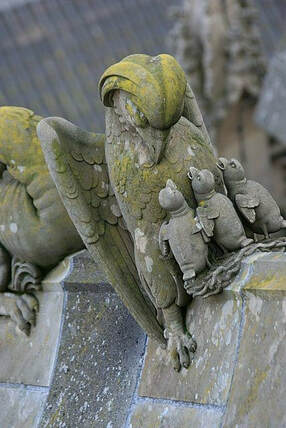 The persistent activist
Anglo-Irish social activist. Charlotte Despard addresses a women’s suffrage meeting at Trafalgar Square in 1910 and, 23 years later, at an anti-fascist rally in the same spot (and in the same pose). She was 89 at the time.
World's oldest love poem
​World’s oldest love poem, written in cuneiform on this small clay tablet about 2030 BC, on ritual marriage between priestess & Sumerian King Shu-Sin. It was only identified and translated in 1951. The rather passionate text is at R (Nippur, Istanbul Museum of the Ancient Orient)
Writer's block in Pompeii
Proof that writer’s block is nothing new ~ this Pompeiian woman with gold-threaded hair engages us as she muses over her wax tablet. She’d soon have plenty to write about, so let’s hope she survived (Pompeii, 55-79AD, unearthed 1760, National Archaeological Museum of Naples). 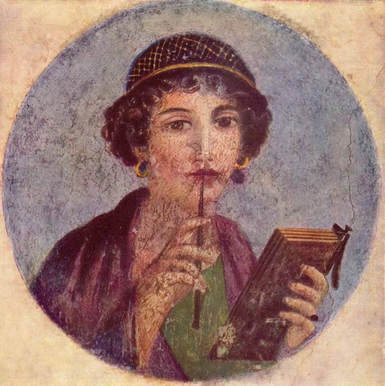 Violets for Napoleon
​On his exile to Elba, Napoleon vowed he’d return to Paris the next year, like his favourite flower, the violet, did each spring. Here, Canu celebrates that return in March 1815 by hiding silhouettes of Napoleon, his son & 2nd wife Marie Louise in bunch of violets (Clues at R).
Fireflies in moonlit bamboo forest
Just admiring this striking photograph of fireflies in a moonlit bamboo forest, at the start of the Japanese rainy season (Kei Nomiyama, “Enchanted Bamboo Forest”, 2016 Sony World Photography Awards. 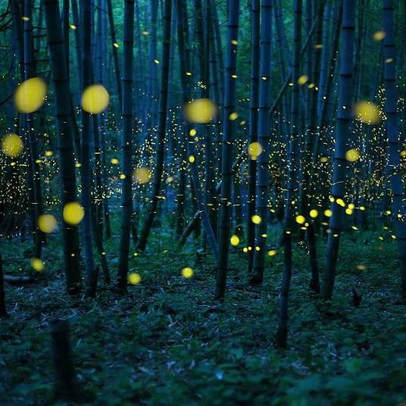 ​Striking stone carvings include a ring-in
​These striking carved figures at St John’s Cathedral in 's-Hertogenbosch, Netherlands date back to 14C but, hey, that angel with a mobile phone is a frolic by a recent restorer there 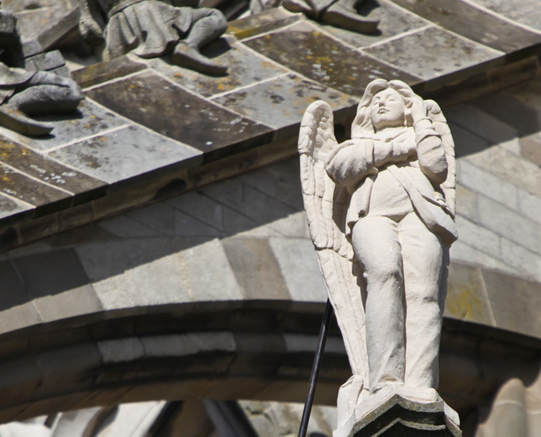 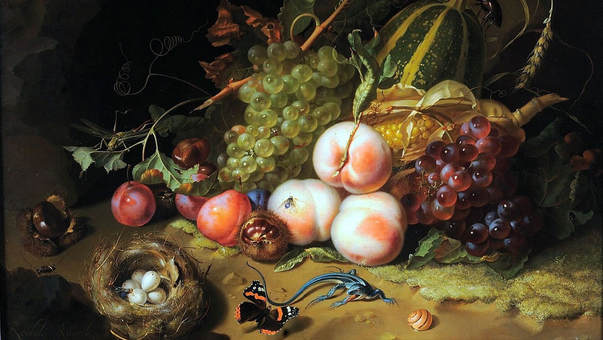 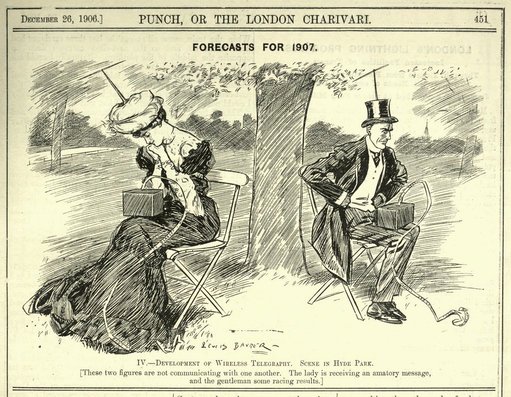